History Check-In: Women's Suffrage is an AASLH Continuing Education recorded webinar. This webinar is about the history of woman suffrage in the United States and the Nineteenth Amendment. This event is presented by Susan Ware. This AASLH webinar presents a general introduction to the history of woman suffrage in the United States, organizing in the theme of "the long Nineteenth Amendment," to puts women's struggle for the vote in conversation with other movements for democracy and equality across the sweep of American history. This webinar is part of the History Check-In webinar series, a partnership between the American Association for State and Local History (AASLH) and the Organization of American Historians (OAH). The webinar is designed to provide history professionals from throughout the field with an update on the current state of historiography for a particular subject.

COST: $20 Members of AASLH and OAH (OAH members should contact OAH for a discount code) / $30 Non-members

In this webinar, Susan Ware presents a general introduction to the history of woman suffrage in the United States, timed to coincide with the many commemorative events planned around the centennial of the ratification of the Nineteenth Amendment on August 26, 2020. Its organizing theme is "the long Nineteenth Amendment."  Just as historians talk about a long nineteenth century stretching from the American Revolution through the early twentieth century, or a long civil rights movement that predates the activism of the 1950s and 1960s, a focus on the long Nineteenth Amendment allows us to start the story before the iconic Seneca Falls Convention in 1848 and extend it beyond the ratification of the Nineteenth Amendment in 1920.  Among other outcomes, this broader approach to suffrage history puts women's struggle for the vote in conversation with other movements for democracy and equality across the sweep of American history. 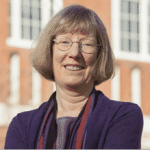 A pioneer in the field of women’s history and a leading feminist biographer, Susan Ware is the author and editor of numerous books on twentieth-century U.S. history. Educated at Wellesley College and Harvard University, she has taught at New York University and Harvard, where she served as editor of the biographical dictionary Notable American Women: Completing the Twentieth Century (2004). Since 2012, she has served as the general editor of the American National Biography, published by Oxford University Press under the auspices of the American Council of Learned Societies. Ware has long been associated with the Schlesinger Library at the Radcliffe Institute for Advanced Study and is currently writing a book of suffrage stories inspired by its collections.