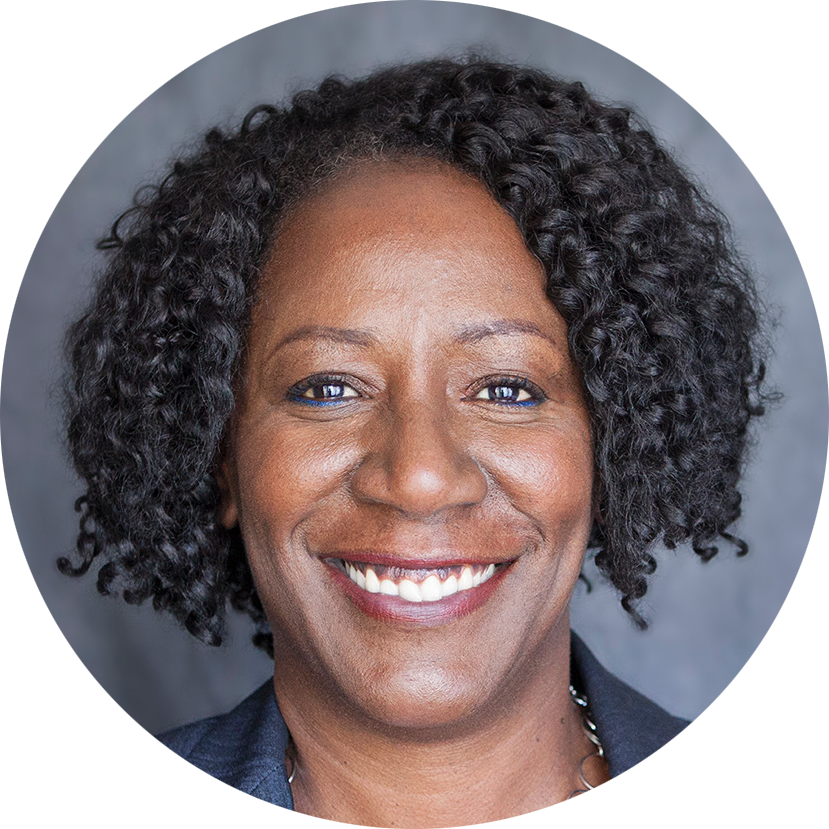 Christy S. Coleman (Moderator) has served as the Chief Executive Officer of some of the nation’s most prominent museums with a career spanning over 30 years. She’s a tireless advocate for the power of museums, narrative correction, diversity and inclusiveness. Ms. Coleman is an innovator and leader in the museum field having held leadership roles at the Colonial Williamsburg Foundation, the Charles H. Wright Museum of African American History, the American Civil War Museum and now the Jamestown-Yorktown Foundation. She’s written numerous articles, is an accomplished screenwriter, public speaker and has appeared on several national news and history programs. Most recently, she served as Historical Consultant for the film Harriet and the upcoming Good Lord Bird miniseries. She’s also been a featured public historian for several documentaries, most recently the acclaimed miniseries Grant. Ms. Coleman is the recipient of numerous awards including Honorary Doctorates from The College of William and Mary, Virginia Commonwealth University and the University of the South for her decades of impact. In 2018, Time Magazine named her one of the 31 People Changing the South and Worth Magazine named her one of 29 Women Changing the World. 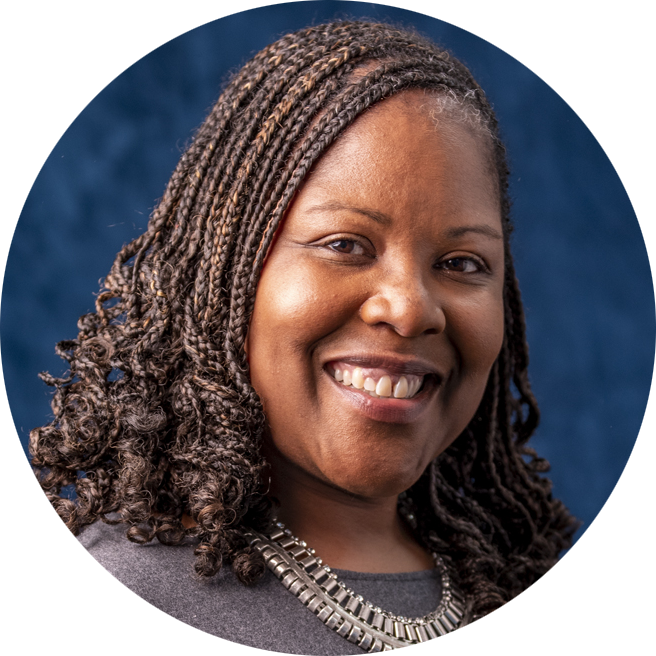 Melanie A. Adams is the director of the Smithsonian’s Anacostia Community Museum. With more than 25 years of community engagement experience in museums and higher education, she is dedicated to bringing stakeholders together to address relevant community issues. Previously, Adams served as deputy director for learning initiatives, at the Minnesota Historical Society. She led efforts at the society to develop strategic partnerships, audiences, and resources within local communities. As deputy director, she managed 26 historic sites and museums throughout Minnesota. During her tenure, she created the community outreach department to provide partnerships and programs outside the museum walls. Adams was the managing director of the Missouri Historical Society for 11 years (2005–2016) where she oversaw more than 700 St. Louis community programs annually, including events with more than 100 community partners. Her work focused on addressing the cultural and social concerns of the St. Louis community. Adams was president of the Association of Midwest Museums from 2014 to 2016, and she currently serves on the council of the American Association for State and Local History. Adams holds a bachelor’s degree in English/African-American studies from the University of Virginia, a master’s degree in education from the University of Vermont and a doctorate from the University of Missouri St. Louis in educational leadership and policy studies. As a facilitator of workshops on topics related to museums and race, she helps professionals understand barriers to connecting with diverse audiences. 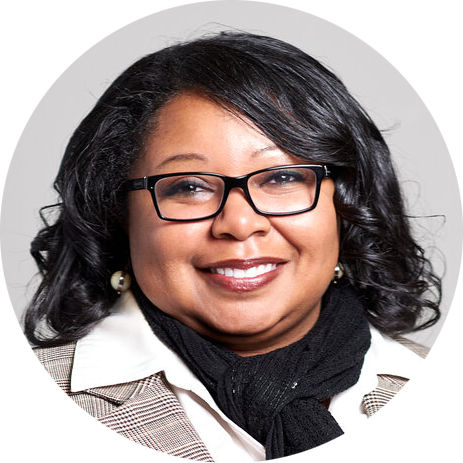 LaNesha DeBardelaben is Executive Director of the Northwest African American Museum (NAAM) in Seattle, Washington. Under her leadership, NAAM is repositioning itself for accelerated growth. Prior, she was Senior Vice President of Education & Exhibitions at the Charles H. Wright Museum of African American History in Detroit, Michigan. Her 15+ year career in museums began at the National Museum of Kenya in Africa in 2001, and she has studied museums and libraries internationally in Ghana, South Africa, England, Germany, and Israel. As a historian and museum director, LaNesha has contributed scholarly writings to national publications. She is currently on the Board of Directors of both the Association of African American Museums (AAAM) and the Association for the Study of African American Life and History (ASALH). She also serves on the Board of Directors of the Seattle Metropolitan Chamber of Commerce. She has a Bachelor of Arts in history and secondary education from Kalamazoo College; a Master of Arts in history and museum studies from the University of Missouri in St. Louis; a Master of Library Science in archives management from Indiana University-Bloomington; Master of Arts in Comparative Black History from Michigan State University; and is currently pursuing a PhD. 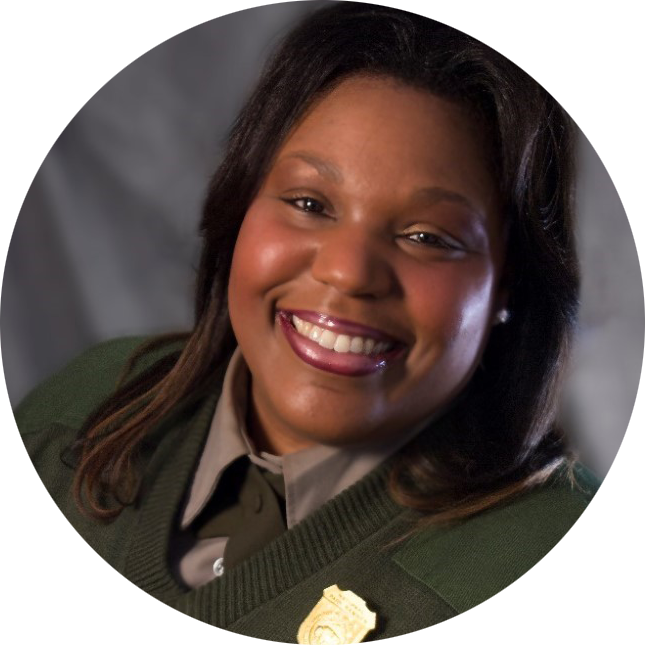 Dr. Joy G. Kinard is the superintendent of Alabama’s Tuskegee Airmen National Historic Site, Tuskegee Institute National Historic Site and Selma to Montgomery National Historic Trail. Kinard’s 20-year NPS career reflects an abiding interest in the preservation and advancement of stories pertinent to African-American and American heritage. She has held multiple leadership roles, including serving as the first superintendent of Charles Young Buffalo Soldiers National Monument; a term as National Capital Parks-East central district manager, where she managed the Mary McLeod Bethune Council House National Historic Site, National Archives for Black Women’s History, and Carter G. Woodson Home National Historic Site, among other units; and assignments as acting chief of interpretation, education, and cultural resource manager at the Martin Luther King, Jr., National Historic Site and Wolf Trap National Park for the Performing Arts. She also served as a park ranger at various sites in Virginia and Maryland, educating visitors on the stories of prominent figures in American history, including George Washington, Frederick Douglass and Robert E. Lee. A scholar of African-American history and culture, Kinard contributed to the seminal African American National Biography Encyclopedia and published her first book, The Man, The Movement, The Museum: The Journey of John R. Kinard as the First African American Director of a Smithsonian Institution Museum in tribute to her father in 2017. Kinard holds a bachelor’s degree in social work and sociology from Livingstone College and a Master of Arts degree in history and Ph.D. in U.S. history with a minor in public history and Caribbean studies from Howard University. She has also studied race relations abroad in Canada, England, and France.